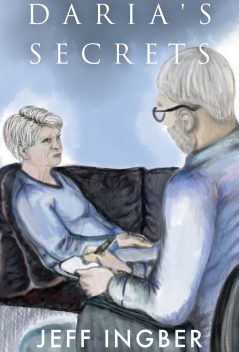 A half century after the Holocaust, Daria Abramson, suffering nightmares of the Lodz ghetto and her time with its infamous ruler, Chaim Rumkowski, turns for help to a sensitive but dogged therapist. During their intense sessions, she lays bare buried memories and faces deep feelings of guilt about the war and the death of her husband. Secrets long held by Daria spill out in fierce succession, revelations disclosed to those she loves most – her daughter, granddaughter, and Ruth, a lifelong friend and fellow survivor. In turn, those three expose their own shocking surprises. In Daria’s Secrets, we travel together with a courageous woman as she attempts to overcome the anguish of the heart’s remembrance, in order to finally live.