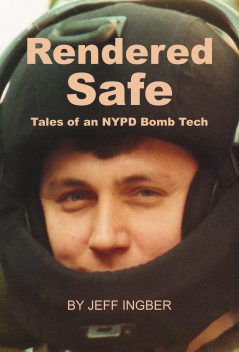 Rendered Safe centers on the remarkable life of former NYPD Bomb Squad Detective Donald Sadowy. In the aftermath of the February 1993 World Trade Center bombing, the most devastating terrorist attack on the United States to that point, Sadowy risked his life to search for evidence in the shattered and dangerous sub-basement. There, he discovered a piece of chassis frame that contained a VIN number which enabled law enforcement to catch the perpetrators just in time. The massive investigation and recovery effort that followed is revealed through Sadowy’s recollections as well as those of a number of other law enforcement agents, many never before told.
The World Trade Center bombing, designed to topple the Twin Towers, presaged 9/11. On that day, Sadowy defied overwhelming odds to survive being buried alive under the rubble of the collapsed North Tower.

In Forrest Gump-like fashion, during his career Sadowy was an astounding magnet for many other significant events and persons. He served for two years as personal bodyguard for U.N. Secretary-General Kurt Waldheim. During his 16 years in the NYPD Bomb Squad, he was involved in the Abortion Bomber case, the investigation of TWA flight 800, global intelligence missions, the handling of a multitude of improvised explosive devices, and the protection of key global figures such as Mikhail Gorbachev and Fidel Castro. At the end of his career, while serving in the U.S. Marshal’s office, Sadowy interacted with notables such as John Gotti Jr.
Based on extensive and exclusive interviews with a wide range of officials, Rendered Safe takes the reader into the life of a bomb technician and provides a tour of many of the most noteworthy events of recent decades.